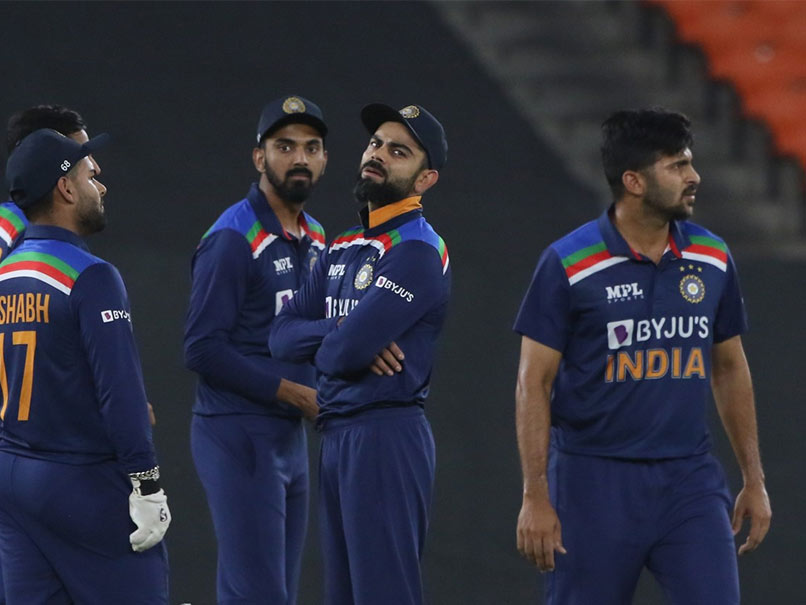 India captain Virat Kohli on Tuesday allowed England to score more runs after a slow run on the field against fast bowler Shardul Thakur during the third T20 International match. Defending a total of 156 against England’s strong batting order in Ahmedabad, Kohli knew that India would have to be very strict with their bowling and fielding and put a little pressure on England and keep themselves in the game. In the 12th over, Johnny Bairstow threw the ball towards the leg side and Shardul Thakur scored a slow run and when he came on the ball he made a wild throw in place of the stumps, which went to the side.

This allowed England to walk two comfortably, and the Indian captain was not happy.

Shardul was seen coming out before Shining Kohli. Seemer is explaining himself by apologizing before replying to a few more words of Kohli.

Kohli had earlier played an unbeaten 156-6 unbeaten innings of 77 not out off 46 balls.

The last 50 runs of his innings came in just 18 balls when he beat England’s bowlers fiercely.

However, the start of England’s innings, Jose Butler’s move, was not expected to take anything away from the hosts’ break.

Buttle attacked the Indian bowlers, especially Yuzvendra Chahal, in the powerplay and continued his attack even after the first six overs until England were in a comfortable position.

Butler kept England on track despite Jason Roy and David Malan losing cheap wickets. Johnny Bairstow gave England the necessary support to win the series 2–1 with an 8-wicket win in the 19th over.

Now both teams will clash in the fourth T20 on Thursday.